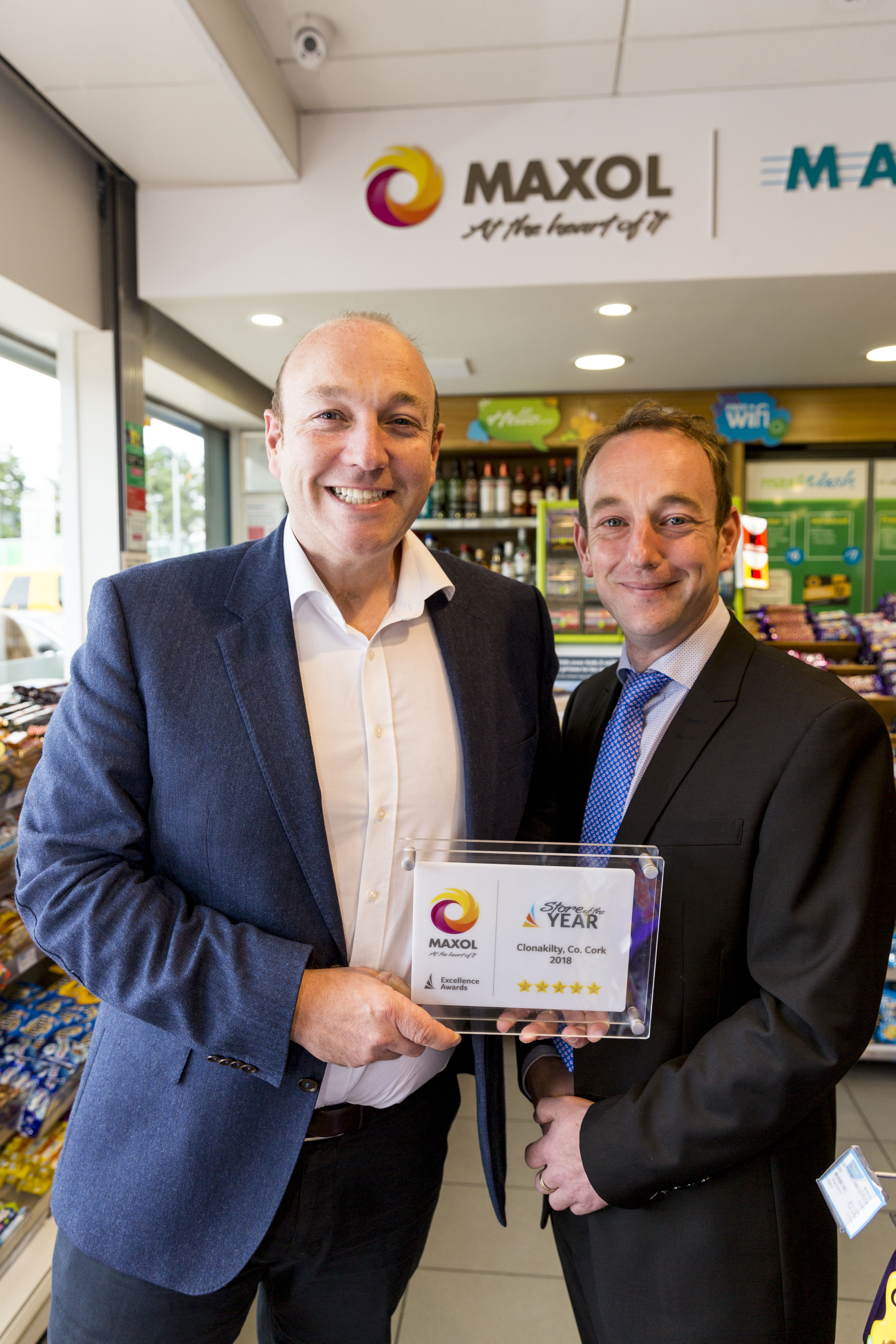 Maxol, Ireland’s leading family-owned forecourt and convenience retailer has announced the winners of its 2017 - 2018 Excellence Awards, which took place in The K Club, Co. Kildare. Maxol Clonakilty, has been honoured in two categories, ‘Excellence in Standards’ and ‘Store of the Year’.

Retailers who consistently display exceptional effort across the three award categories of ‘Excellence in Standards’, ‘Customer Experience’, and ‘Community Engagement’ are awarded the title ‘Store of the Year’. Maxol Clonakility won the award for Excellence in Standards as a result of its top scores in site inspections from Maxol Regional Managers, and ultimately achieved the Store of the Year title due to its admirable grass roots fundraising efforts for Aware, Maxol’s charity partner.

Last year the staff held a Christmas jumper fundraiser, which created a huge buzz in the store and garnered some much needed funds for Aware as well as letting people know what the organisation does and how it can help people with issues around depression.

“We are delighted to have won two awards, particularly Store of the Year. At Maxol Clonakilty, we always aim to surpass expectations and we are particularly pleased to be able to help an organisation like Aware. I would like to take this opportunity to thank my staff for their commitment and hard work.”

“I would like to congratulate Shane and his staff for their exceptional performance this year. Shane and his team are committed to raising standards and we are delighted to partner with such worthy ambassadors for Maxol. We are looking forward to continuing to support Maxol Clonakility in all of its efforts in the community, and in maintaining such a high standard of service for Maxol customers.”

The Maxol Excellence Awards are now in their 21st year. Awards were presented on merit in the following categories; Excellence in Community Engagement; Customer Experience; Best Standard; and Store of the Year.