Maxol Dooradoyle: On The Frontline Of Healthcare 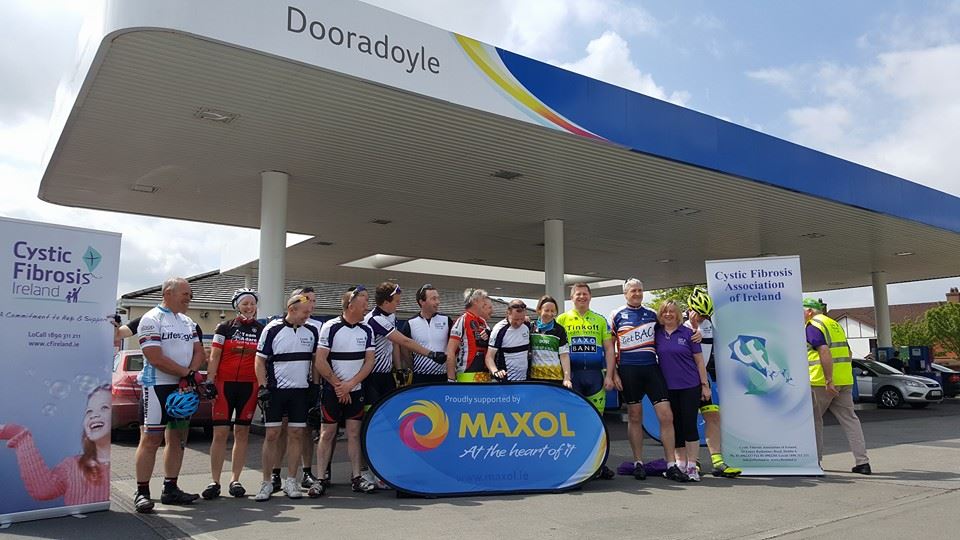 Doing everything it can to support local healthcare efforts, Maxol Dooradoyle demonstrates that local businesses can and should be about much more than profit.

“Our station is literally in the shadow of University Hospital Limerick,” says Kieran O’Shea, the boundlessly energetic owner-operator of Maxol Dooradoyle, Co. Limerick, “so it’s no surprise that our charity efforts are dominated by what goes on there.”

Kieran and his staff are tireless in their efforts to support healthcare causes in the community. “We are part of their community, and they are part of ours,” Kieran points out. In fact, most of Maxol Dooradoyle’s customers are either patients, doctors, or the visiting family members of patients in the hospital. “We know most of our customers by name,” says Kieran proudly.

If customers are practically family, then so too are the staff - Kieran’s wife, Siobhan, and his daughter, Rachel, are both a big part of operations at Maxol Dooradoyle. 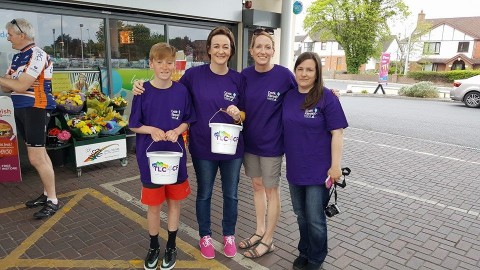 One of the things that Maxol Dooradoyle does is to supply the Cancer Care Unit of University Hospital Limerick with daily newspapers. The cancer unit, housed in a separate building, is a restful, homey place where patients can play cards and read newspapers while receiving chemo and radiation treatment. “There are some patients in there that are suffering from serious, terminal forms of cancer,” Kieran says, “But the atmosphere is the opposite of sterile – it’s a warm place where folks can drop in for a cup of tea, a chat, and a read of the old newspaper.” Maxol Dooradoyle is very proud that it can help in the efforts to make cancer patients feel as at home as possible while receiving treatment.

Maxol Dooradoyle also collects money for the local hospice, Milford Hospice, on its charity days called Sunflower Days. “Milford Hospice is dear to the hearts of everyone here in Limerick,” says Kieran, “And it’s very important to us too.” Milford Hospice provides at-home or on-site palliative and end-of-life care to children and adults with terminal diseases. Every penny raised locally is spent locally, specifically on making the quality of life for terminally ill patients as comfortable as possible.

And this year, Maxol Dooradoyle sponsored a pit-stop in the Malin2Mizen Cycle for Cystic Fibrosis event in May, providing coffee and hot food to both cyclists and supporters as they raced to raise money for the cystic fibrosis unit in University Hospital Limerick. The station also collected donations from the public and presented UHL with a cheque for over €355. 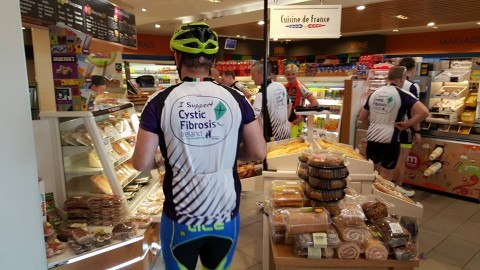 Image: Cyclists on the Malin2Mizen for Cystic Fibrosis cycle stop into Mace Dooradoyle for a quick refuel before heading back out

"Whatever matters to the healthcare community, also matters to us" says Kieran. Mental health issues and awareness is very much on the local agenda, because of the presence nearby of Pieta House, a care facility dedicated to suicide prevention. Maxol Dooradoyle regularly sponsors a team in the golf tournament s organised by Pieta House, to the tune of €130 per team.

“People look to us for support, for leadership,” says Kieran, “And it’s a responsibility that we take very seriously. We’re not just their local filling station – we’re a part of the community.” 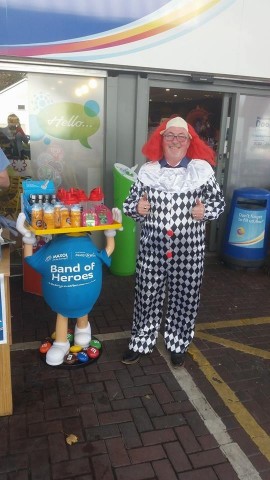 Image: Kieran O' Shea doing his bit for the Make a Wish Foundation during Halloween 2015

Of course, all this healthcare work doesn’t mean that Kieran and his staff don’t also know to have a little bit of craic! While raising €2,800 in donations for the Make a Wish Foundation in October last year, Kieran got everyone to dress up in scary Halloween costumes – himself included. “Yes, that’s me in the clown’s costume,” he laughs ruefully. A man who’s not afraid to laugh at himself while raising money for charity – now who wouldn’t want to work for a man like that!