Maxol: In Our Blood, In Our Fuel Tanks 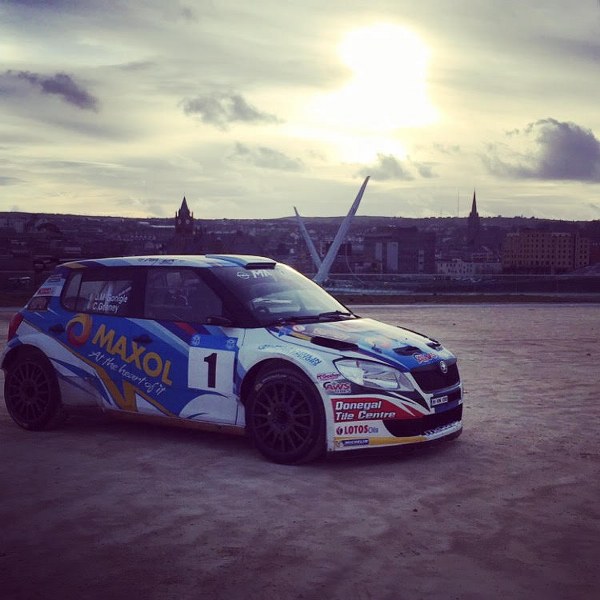 Read all about how rally car superstar and Maxol owner-operator Joe McGonigle keeps winning in Donegal - both on the road and at the till!

Joe McGonigle and his family are local heroes in Donegal, for a few reasons. First, as owner-operators of a Maxol filling station in Muff, they kept their fuel prices low during the recession so that people could afford to come and fill up their cars – they didn’t make any money on fuel, sure, but they won the loyalty of Donegal customers in the long run. Second, Joe McGonigle is a successful rally car driver – in a county that reveres rally car driving.

How successful? Well, let’s just say that Joe came 2nd overall in the 2015 Irish Tarmac Championship and has his eye on first place in this year’s final tally. He also scored his first outright win at the Dogleap Stages Rally in 2015, and in April this year, he won the Lark in the Park Stages Rally by 16 seconds. 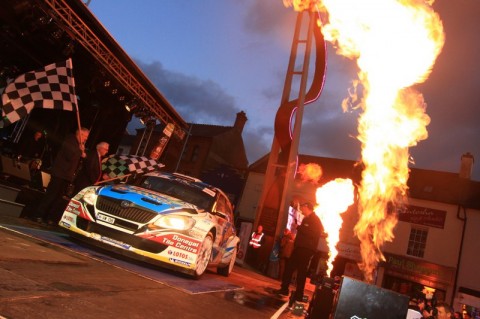 Above: Joe at the starting line.

Joe credits his navigator, Ciaran Geaney, with most of his success. “It’s the most difficult job in the business,” he says, “And he’s never made a mistake.”

With Maxol and other sponsorships, Joe is able to cover most of his costs of rally driving during the season, which runs from February to October. “The Donegal Rally, though, is almost more important than the Championship itself,” says Joe, “because Donegal really is the spiritual home of rally driving in Ireland.”

Both rally car driving and Maxol run in Joe’s blood. His uncle Rory Kennedy is famous as the best rally car navigator in Irish history, winning the Irish Tarmac Championships four times between 1990 and 1996. His Dad, Ciaran, also raced. Joe himself first sat behind the wheel at age 10 (we’re not saying he drove though!) and he took up kart racing in 1998. 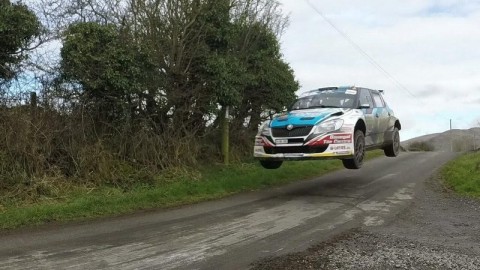 Above: Joe's only ever had one bad crash, but that he was back in the saddle six weeks later and even faster than before.

1998 was also the date that McGonigle’s family took up the Maxol license, in Muff. It was Joe’s mum, Marie, who was the original entrepreneur, having managed shops and filling stations from an early age. Joe himself grew up under the watchful eyes of the Maxol staff, most of whom have been there for ten years or more.  The shop manager, Francis, has been working with the family for 25 years, and has known Joe since he was a baby! His mum still works in the filling station, and does all the recruiting and interviewing. “She’s one of those people who’ll never retire,” Joe laughs, fondly.

Here are some of the key points about the Maxol sponsorship of Joe’s rally driving:

• Rally car driving has GREAT brand exposure because between 70,000-100,000 people turn out to watch the events (depending on the weather)

• Maxol has its brand logo on Joe’s Skoda Fabia s2000, so when photos of the rally are disseminated on the media, it means exposure for Maxol

• Because of the links to the family business, Maxol has been able to support Joe from the beginning: from the Honda Civic he started out with, to the Citroen C2, then the Renault Clio, all the way to his Skoda Fabia S2000

• Joe and his co-driver, Ciaran Geaney, won the Dogleap last year and placed 2nd in the 2015 Irish Tarmac Championship

• The more successful Joe is, the more sponsorships he will attract – but it also helps that he is a Donegal man in a Donegal sport!

Above: A photo of Joe and his Skoda taken during the Circuit of Ireland

Here are some ways that Joe and his family have been able to make their Maxol filling station a business success:

• The McGonigle family made the decision, during the recession, to keep fuel prices low – they made no money on fuel, but grateful customers from all over Donegal and from over the border flocked to the shop, growing their overall year-on-year profits to between 10 and 20% per annum.

• Joe publishes photos every day of the fuel price board outside his filling station on Facebook – not only does this cut down on time spent answering individual price queries but it also allows him to advertise his prices without paying for Facebook ads.

• The heart of the operation is the staff – Joe says that the Muff Maxol filling station is well known for their helpful and friendly staff.

• In 2002, Joe and his staff competed against 150 Maxol stations across Ireland to win an award for the best staff team performance in the category of excellent services to customers.