Maxol raises almost €1,500 in a day in aid of charity partner AWARE 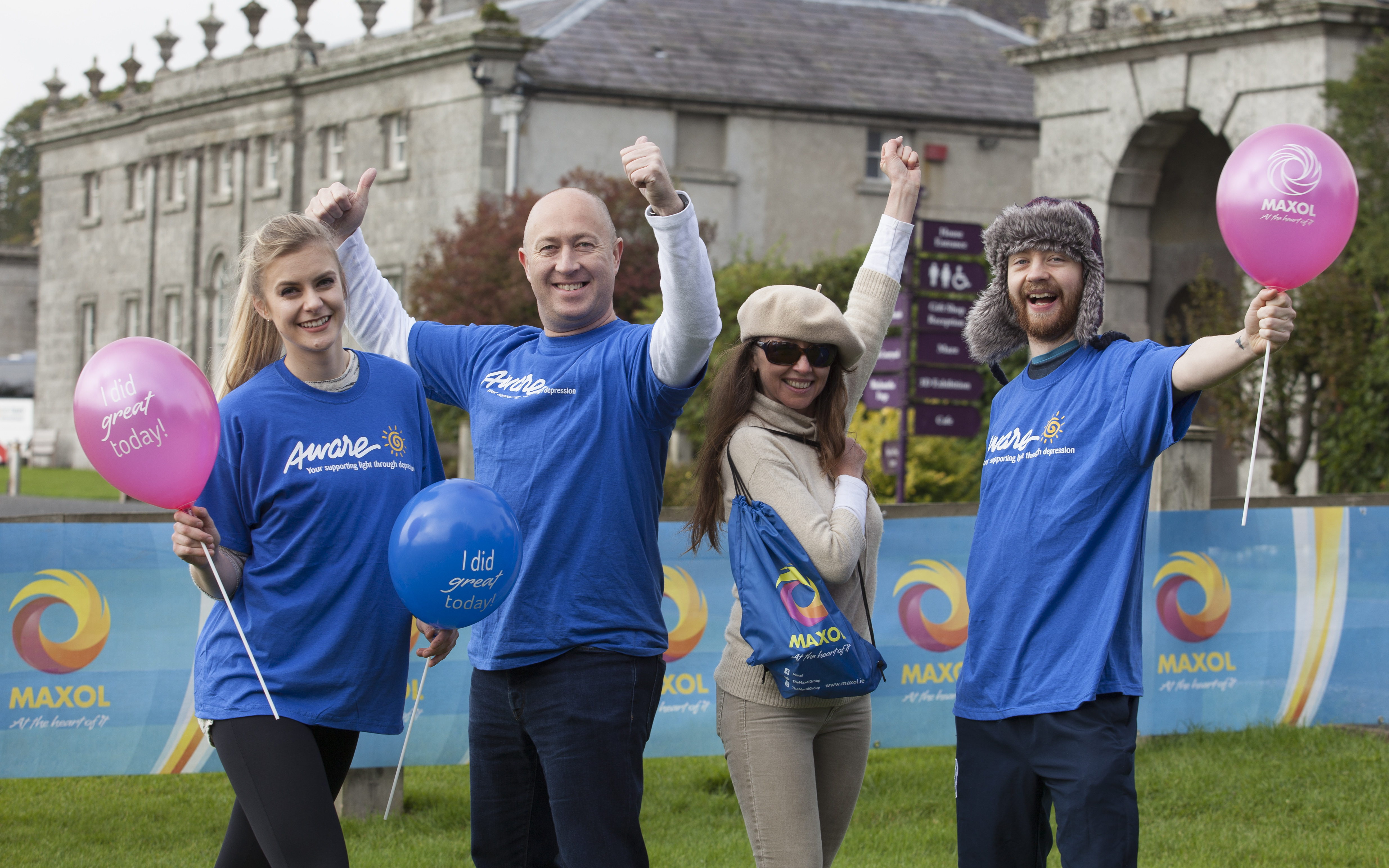 Leading forecourt convenience retailer, Maxol are thrilled to announce that they have raised almost €1,500.00 for the company’s charity partner AWARE, thanks to the teams at Maxol The Crossings in Naas, Maxol N7 Services and Maxol Ringsend.

The first of the Mood Walks took place in Dublin, starting at Maxol Ringsend and saw walkers take a route from the Maxol Ringsend station to Martello Tower in Sandymount and back, a distance of approx. 5 kilometres.

The second community Mood Walk took place at the same time at Russborough house, Co Wicklow, organised by the teams at the Crossings and Maxol N7 Services, where local people gathered to support the worthwhile event by participating in a 5 kilometers pre-routed walk around the beautiful grounds overlooking Blessington Lakes.

The aim of the new community Mood Walks is to help raise vital funds for Maxol’s charity partner AWARE while encouraging members of the community to come together for a good cause.

AWARE was founded in 1985 by Dr. Patrick McKeon and a dedicated team of volunteers.  AWARE aims to promote positive mental health in communities nationwide.

“We are delighted to have launched the first of two Mood Walks in the Republic of Ireland and lend our on-going support to AWARE, Maxol’s charity partner. The Mood Walk initiative is a fantastic concept, which gathers people of all ages together for a very important cause. I want to sincerely thank everyone who supported the events and the generosity from the general public. All proceeds from the Mood Walks will be donated to AWARE.”

The charity partnership will run until at least the end of 2017. It will support the range and level of important services delivered by AWARE in the Republic of Ireland and AWARE NI in Northern Ireland.