Wake up: 70% of people concerned about the environmental impact when buying coffee 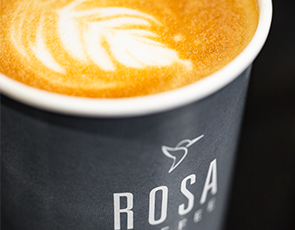 A new survey has revealed that the nation is waking up to the impact of take-out coffees in single use cups, with 70% of respondents saying that they now consider the environmental impact when purchasing a coffee to go.

Maxol’s ROSA Coffee Survey of more than 2,600 people in Ireland also found that one in five (20%) of us would rather not buy a coffee at all than use a single use cup.

Notwithstanding these findings, it appears that there is still a long way to go and more  education needed on this growing topical issue, as the majority of people (85%) surveyed said that they would make more changes if they knew more about the impact of single use cups on the environment.

Maxol, which has its own exclusive ROSA Coffee, is encouraging the use of reusable cups by offering a 25c discount off the price of a coffee or hot drink, when a keep cup is used.  For those who opt for single use, all Maxol disposable cups, and lids, are 100% compostable.

The forecourt convenience retailer recently introduced its own ROSA Coffee Keep Cups in a bid to support customers who want to reduce their impact on the environment. The research was undertaken to better understand people’s coffee drinking habits and the correlation with environmental issues.

A third of consumers drink three cups of coffee a day, according to findings from The Maxol ROSA Coffee Survey, and two in ten coffee lovers drink four cups of the good stuff daily.

When it comes to take-out coffees, 38% of Irish consumers buy up to four cups each week, with a further 28% purchasing up to seven coffees a week, which equates to a spend of more than €1,000 per year.

According to the research, more than half of consumers (54%) prefer to get their coffee on the go; 24% like to make their own coffee at home or in work and one in five (21%) prefer to drink their coffee in a coffee shop.

Irrespective of where they get their coffee, 91% of consumers in Ireland say that they cannot start the day without it.

Ireland’s favourite coffee by quite some margin is an Americano, with 42% of those surveyed saying it was their drink of choice followed by a cappuccino (22%), latte (17%) and a flat white (11%). The majority of people (56%) would opt for Fair Trade coffee if they were given the choice.

Brian Donaldson, CEO, The Maxol Group said, “People may not realise that they can make a real difference by doing something as simple as using a reusable cup.  But it is incumbent on retailers, restaurants and cafés to make the more environmentally friendly choice the easier choice.  That is why we made the decision to offer a discount to those using a reusable cup, irrespective of it being a Maxol ROSA Coffee branded keep cup or not.

“It is positive to see most people are trying to do their bit when it comes to helping the environment, and by only selling compostable cups we are equally eager to do our bit as a business. But we are only starting the journey and there’s a long way to go before we will see the millions of non-compostable, single-use cups being kept out of landfill every year in Ireland.”