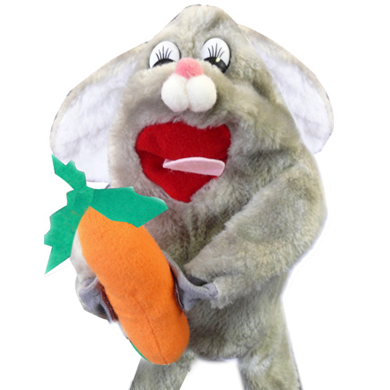 Although 25 years have passed, it never fails to amaze me just how many people can remember this marketing campaign, which was widely recognised as the most impactful in the history of the Irish oil industry. Its purpose was to strengthen the awareness of the Maxol brand throughout the Republic of Ireland (as it was not as well known in the South as it was in the North in 1985) and to boost retail sales volumes.

For those who can’t remember, a Nipper was a furry rabbitlike glove puppet which came with a carrot and squeaked. It was promoted through forecourt poster advertising, as well as TV and radio commercials, featuring the inimitable Brendan Grace, the well known entertainer. In order to “free” a Nipper customers had to collect a certain number of stamps and redeem them for the furry creature of their choice at their local Maxol station.

At the start of the 1980’s, Maxol conducted market research throughout the Republic and this indicated that there was very poor brand recognition and considerable confusion with other earlier brands that had been used by the Company namely, McMullan Brothers and Mex. A concerted rebranding strategy was introduced right across the island of Ireland and the purpose was to concentrate all of our marketing activities on the Maxol name.

The initial vehicle for this was the “Maxol Fill ‘n Win” marketing campaign and this ran north and south of the border. Not too long after that, we introduced an enormously successful promotion based on LCD digital watches which had, at the time, a very high perceived value but, in actual fact, cost us very little. Through this, Maxol became the initiator of bespoke oil company stamp promotions and these subsequently morphed into point’s card promotions, which are still widely used in major supermarket chains at home and abroad. In actual fact, it was Maxol who lead the entire membership of the British and Irish oil industry into running their own stamp promotions, something of which we can be justifi ably proud.

By the time we got to 1985, we in Maxol were struggling to come up with new really innovative promotional ideas and competition from others on this front was intensifying, as they all fought hard to regain market share that they had lost to us through the initial watch promotion. Among the promotional companies that we were utilising at the time was one owned by the Hira brothers, who were of Indian origin and had a signifi cant import operation in Manchester, as well as a smaller warehouse in Dublin.

In the course of a meeting with our Promotions Manager, Michael Kenna, the late Joey O’Meara and I, the Hiras literally ran out of gimmicks to show us and, as a last throw of the dice, showed us a sample of the Nipper. It made an instant impact on us and we realised that Brendan Grace would be the ideal person to front up a major promotional campaign. We quickly arranged to see the Managing Director of our advertising agency of the day, CDP Associates. He was Peter O’Keeffe and himself and the agency Creative Director, Brendan O’Broin, worked with us and we devised the “Free a Nipper” campaign. We in Maxol saw Brendan Grace as the key ingredient and he had no hesitation in accepting the offer to work with us.

The following extract from Brendan’s book, published in 2009, tells the story in his words:

‘Not long after I created Bottler, I was asked to appear in television and newspaper ads for Maxol. The idea was that motorists would receive a token every time they bought petrol and once they had £120 worth of tokens, they would receive a teddy bear called a “Nipper”. For the ad, I was dressed as Bottler and surrounded by Nipper glove puppets. I remember kids used to drive their mothers mental looking for these Nipper toys.  Tom Noonan, who was then managing director of Maxol, brought me into the office and showed me the fi gures for Maxol’s sales following the ad. At the time Maxol was seen as the poor relation to the other fuel companies. They were competing against names like Texaco, Shell and Esso but this ad managed to propel them to the forefront of the petrol game. From the fi gures produced in front of me that day in Tom Noonan’s office, it seems the ad had resulted in Maxol’s business in Ireland improving to the tune of 1100 per cent. While I was aware that the Nippers had been hugely popular, when I saw their success reflected in actual figures, I was completely taken aback. The ad was also a major career boost for me and looking back on it today I can see how getting involved in that ad was one of the best career decisions I made.’

The promotional campaign was launched in late 1985 and was timed to take advantage of the build up to Christmas in that year. The advertisements were an instant success. The campaign unashamedly targeted the children of motorists, who subsequently begged, bothered and cajoled their parents into collecting the nipper stamps at Maxol stations. Approximately 400,000 nippers were freed by the end of the campaign and a star was born.

We received thousands of communications in the Maxol Dublin offi ces and one particular example still stands out in my mind: A woman sent us a letter and enclosed a blank cheque. She explained that she did not have a car but that her children desperately wanted to free Nippers. She asked that we send her two and make out the cheque for an appropriate amount for the charity of our choice. In another case, a father wrote to us pleading that we make sure we show the advertisements at around 7.30 each evening, as his children would not go to bed until they had seen one of them.

Brendan Grace appeared on the Late Late Show in his Bottler school boy outfi t and presented the host, Gay Byrne, with a Christmas present of a Nipper. He also wore a schoolboy cap with the Maxol logo on it and wore the same uniform on the highly rated Terry Wogan nightly TV programme which was on national BBC television at the time. He even ran a Christmas pantomime with Maxol support called “Bottler in Nipperland”. Frankly, the production values left something to be desired but, the reaction of the hundreds of children in the audience every night, all of whom had brought their nippers along for the occasion, was memorable.

Those of us who were involved with this campaign remember it with enormous fondness. Indeed, it was exceptional by any standards, and our sales of motor fuels amply refl ected its popularity. I recently Googled “Free a Nipper” and was amazed to see the number of references to the event on various websites. We have now arranged for the original series of ads to be placed on the Maxol website. Have a look at them – they may bring a tear to the eye of those who remember the original campaign and those of you who are too young to have seen them will undoubtedly be amused and will probably wonder whoever came up with such an idea! Anyway take the trip down memory lane and send any comments to This email address is being protected from spambots. You need JavaScript enabled to view it. We must have been crazy – RIGHT?

Register here to get our latest deals delivered straight to your inbox. 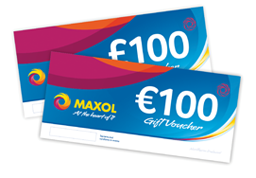 Perfect for a present or corporate reward.